Why the name “Salamander”?

Salamanders are ectothermic, which means that they can’t control their own body temperatures: when their environment gets cold, they get cold (just like a wet fire sprinkler system!).
The word salamander is Greek for fire lizard, and there is long lore about a Salamander’s ability to resist and extinguish fires. Some had attributed these powers to the salamander’s cold-bloodedness, others to fire-proof skin, while still others say the myth began when salamanders were seen emerging from the charred remnants of fire logs, likely since their habitat is the moist decaying material which covers the forest floor (source: https://enviroliteracy.org/special-features/creature-feature/salamanders/). 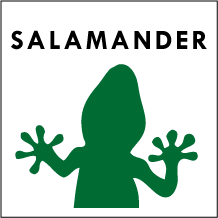 Ensure the life safety measures in place are working as designed keeping occupants protected and safe.

Save on maintenance calls and utility costs by heating when a system’s water temperature gets low; not upon the volatility of air.